Home/The relationship between Otter and Lucas Divestore. Rick will explain!/Blog

The history of two families, the ‘unknown’ brother of the Titanic and a unique material for drysuits. Rick will tell you more about the Otter brand.

The Womack and the Lucas family

In the mid-90s the Lucas family owned a neoprene factory in Bolton (Manchester). Our factory supplied the parts required for Otter. At the time we sold the factory but the relationship with the Otter brand still remains. The Womack family, owner of Otter, and the Lucas family have been in business together for more than 25 years. Lucas Divestore is the importer/distributor for the Otter drysuits. So, we are the only business in the Netherlands that sells this brand. 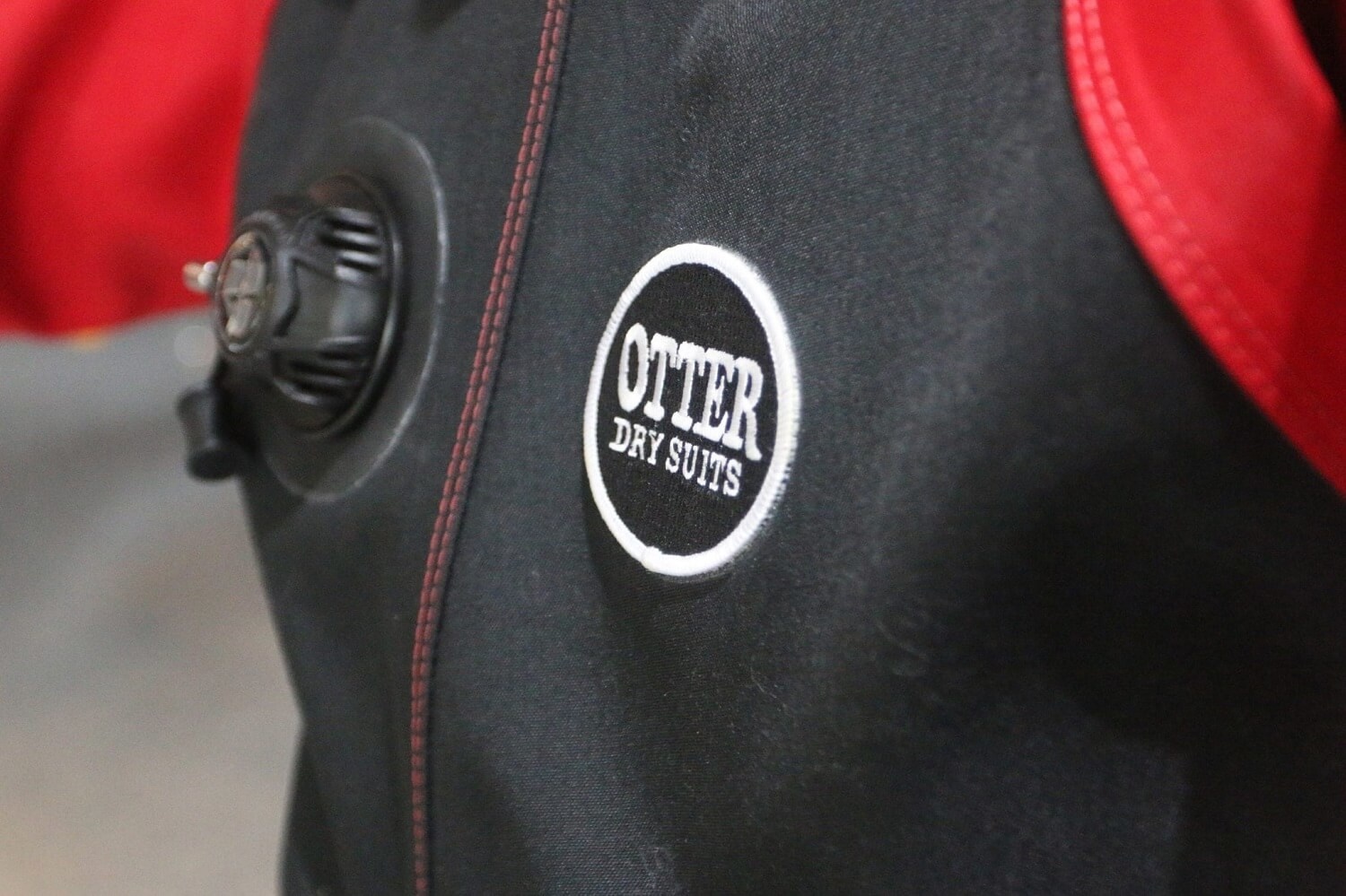 What is so special about Otter?

Otter is a manufacturer specialised in the production of drysuits for sport diving and professional diving. It is the only manufacturer in the world that uses the Armour Skin material and that is what makes Otter so special. It is a super thick and mega robust material. So, the suits may not be the most flexible but they are indeed the strongest. A nice fact: at many first dives, for example the first dive under the Poles, the first suits used were made by Otter.

Everyone knows about the titanic, that sank in 1912. But many people have not heard about the Britannic. At the time the Britannic was built at the same period as the Titanic and sank in 1916 during the First World War. The Titanic is located hundreds of kilometres deep but the Britannic is ‘only’ at 120 metres deep. So, a location that is accessible for a diver with a good technical training. For a diving expedition to the Britannic by John Womack sr., a special suit was developed at the request of the divers who took part in this expedition: the Otter Britannic. The suit is still very popular for many trips. This is mainly due to the front closure which allows you to put on and take off the suit yourself. This suit is also extremely popular among many technical cave/wreck divers, because when you squeeze through narrow openings you do not want you suit to get damaged. 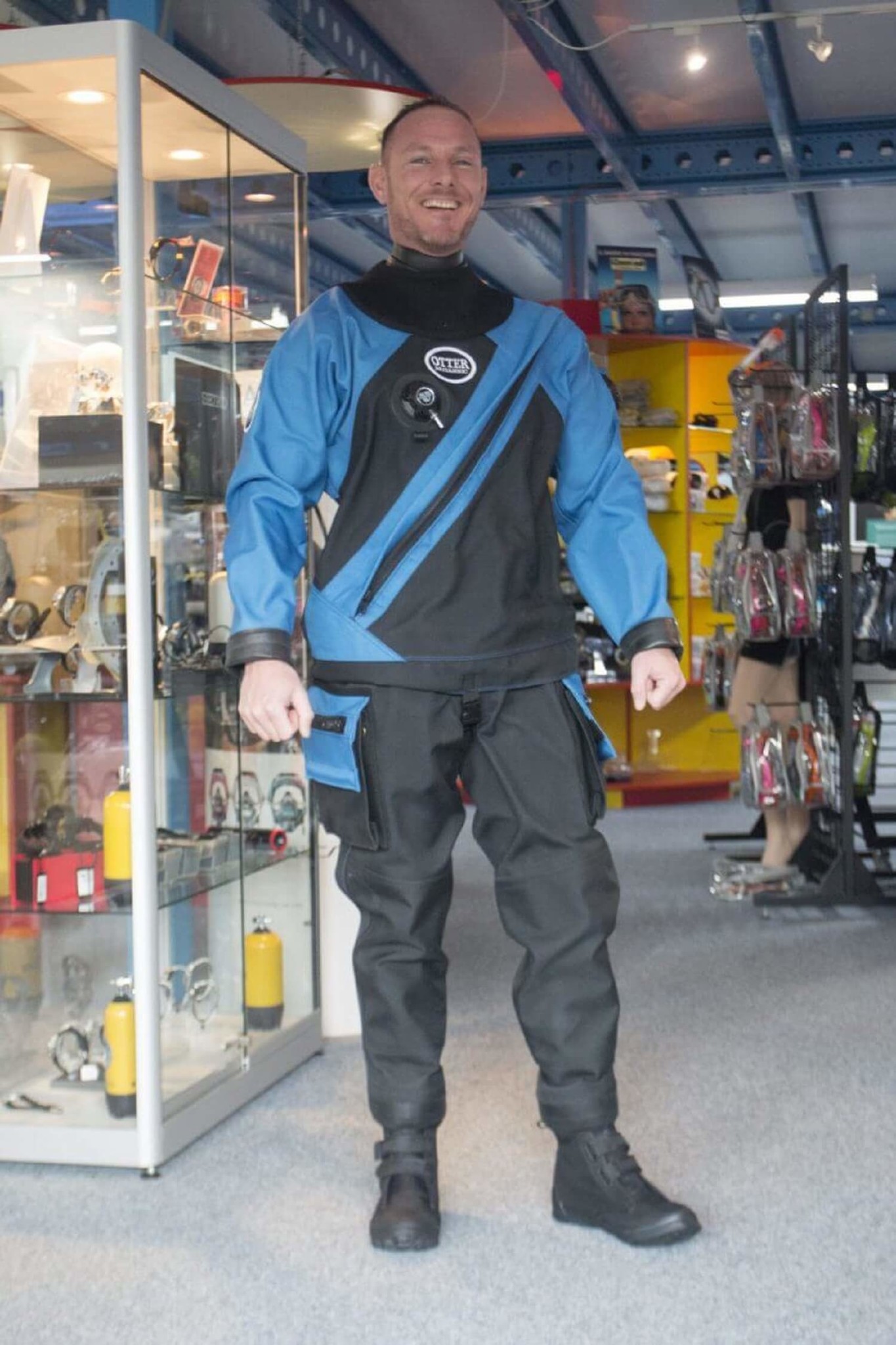 The Otter Skin is very similar to the Otter Britannic. It is made of the same material. The only difference is that the zip with the Skin is on the back. This is not a problem for recreational diving. The only disadvantage of a zip on the back it that you cannot close it yourself. Technical divers want to be able to close the valves on their back themselves. So, then it is handy to have a zip at the front, like the Otter Britannic, so you have easy access. An additional benefit of the Otter Britannic is that you can put on and take off the suit yourself. On the other hand the Otter Skin is cheaper because of the zip-fastener on the back. This requires less material and there are less panels and pockets. Therefore, the cost price is lower. 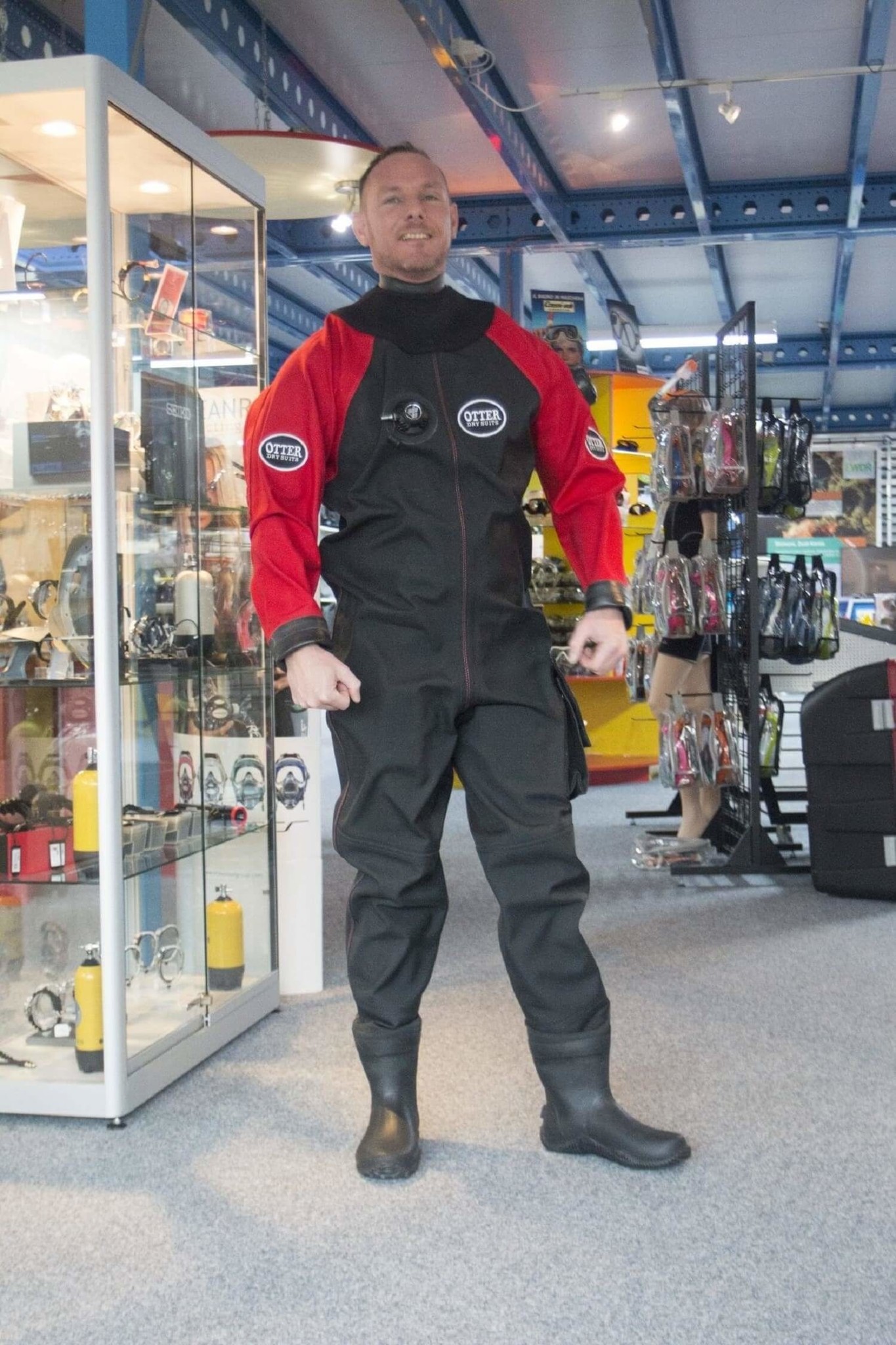 The drysuits and undersuits by Otter can be completely customised. When fitting such a suit you are measured at many points (24 points for men and 26 points for women). Each suit made by Otter has its own number and size pattern. ‘None of the sizes are exactly the same. Each suite is cut by hand and you always have a deviation. You can find the suit number at the inside of each suit. Would you like to re-order your tailor-made suit? We just forward the suit number and the suit will be re-cut. That makes Otter Unique!’

Michael A Smith
Otter was quite the little man.
Thanks for Honoring him.

Back in our assortment: Cressi diving equipment