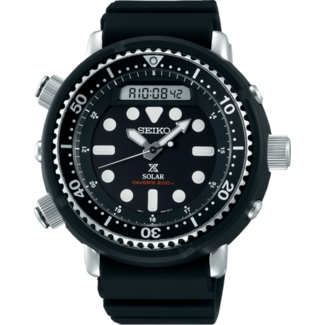 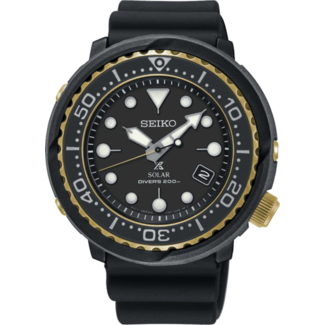 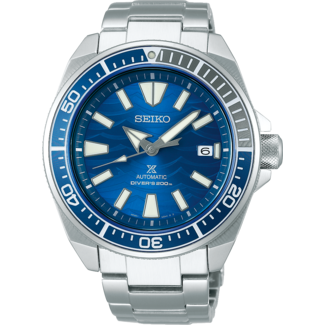 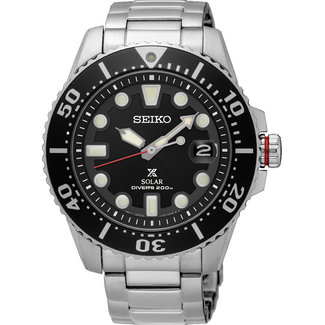 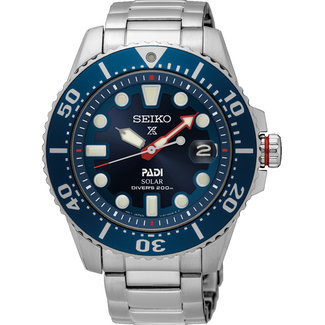 The Seiko SRPG57K1 is a stainless steel watch with automatic with manual winding..
€449,00
CODE: LUCAS10 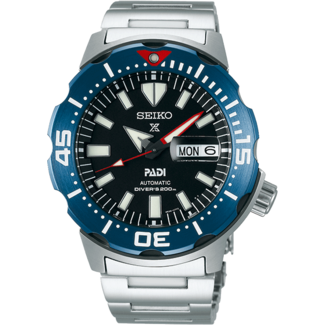 The dial design motif is the graceful manta ray which appears to fly as it moves..
€620,00 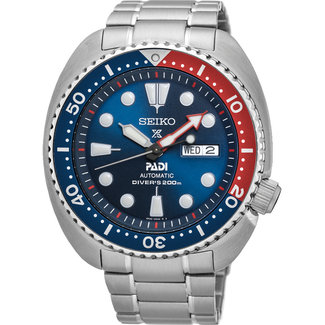 The 4R36 caliber watch is an automatic movement type with manual winding capacit..
€470,00 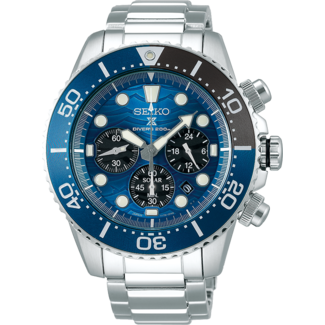 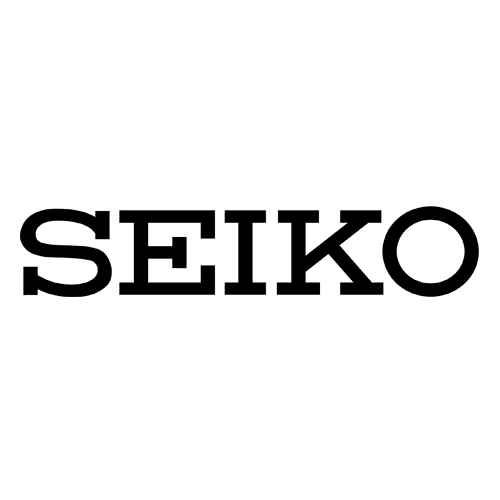 Seiko Prospex challenges every limit, with a collection of timepieces for sports lovers and adventure seekers whether in the water, in the sky or on land. Since launching Japan’s first diver’s watch in 1965, Seiko’s innovative technology has changed global standards. Seiko is constantly striving to bring ever greater reliability and safety to both professional and recreational divers.

From the first diver's watch released in 1965, Seiko has been exceeding expectations for divers with its innovative technology. A timepiece that guides you through the challenges in the deep blue.

Japan’s first diver’s watch was the self-winding 150M Diver’s. The launch of this model is an outset of Seiko’s pursuit for reliability and safety that is to come in future diver’s watch models. In 1966, the watch proved its reliability and capability in the 8th Japanese Antarctic Research Expedition.

Increasing the number of vibrations in the balance, Seiko used the new driving system: Self-winding type with manual winding mechanism. The timepiece also uses Japan’s first hi-beat caliber (10 vibrations per second) that assures precision from the moment the Diver’s 300M is worn.

The model features a world-class corrosion-proof, shock resistant, airtight case. In addition, the accordion style type polyurethane band makes the model portable. The Diver’s 600M has been licensed for over 20 patents with only the exterior.

The Hybrid Diver’s 150M provides an alarm system, chronograph and a bilingual display. Also with incorporated electronic sounds, communication under water is possible.

The Diver’s 1000M is the first watch to use ceramic material for the outer case. The lightweight, corrosion resistant titanium case with a remarkable waterproof one-piece structure enables this watch to withstand depths of 1,000 meters.

Seiko's mastery of electronic watchmaking and long experience in diving watches allowed the creation of the “Scuba Master”, that was equipped with a water sensor and depth sensor and that displayed diving time and depth, vital information for divers.

With the high precision of the Quartz, this model automatically generates electrical energy with Kinetic movement. Putting emphasis on safety, and ecology, this true diver’s watch is one the world was waiting for.

The timepiece calculates depth of water and div time, also it displays log data memory, air pressure, for underwater purposes. In addition, the watch features functions such as the stopwatch, alarm and battery indicator for on-land purposes.

A Kinetic diver’s watch that has a 24-hour hand for easier time difference adjustment, which also does not require battery replacement. The case uses high-intensity titanium to enhance durability and shock resistance.

When the timepiece is in full auto mode, the timepiece detects the water level and water pressure and starts calculating necessary information. Not only does the screen calculate current depth and time, the watch also displays log data memory and warning notifications.

Adding powerful features to the Diver’s 200M, the Diving Computer Watch displays a dive profile by recording the current depth level of the diver. Can be used for nitrox diving.

The timepiece features Seiko’s own Spring Drive technology that enables the watch to work on one mainspring with one-second-a-day accuracy. Also using highly durable high-intensity titanium and sapphire glass, this Professional Diver’s withstands saturation diving in depths of 600 meters.

2 The legend gets passed on

With half a century of history and remarkable innovation, Seiko’s diver’s watch has been used all over the world in diverse situations. Over the years, the timepiece has proven itself worthy of any harsh environment and has been praised from professional divers.

Earning credibility through vigorous adventures in the North and South Pole.
From 1966, the timepiece has been brought on 4 missions with the Antarctic Team of the Geospatial Information Authority of Japan. Later on, numerous adventurers and explorers have made achievements such as successfully ascending Everest gearing Seiko’s diver’s watch. After years of proving itself worthy of withstanding extreme environments, Seiko’s diver’s watch has earned its integrity.

Exceeding any expectation of water resistance with the depth of 1062 meters.
In May of 1983, two Professional Diver’s 600ms were mounted on Shinkai 2000, a research submersible used by JAMSTEC (Japan Agency for Marine-Earth Science and Technology). The watch was oiginally intended for use up to 600 meteres, yet the timepiece withstood water pressure at a depth of 1062 meters. The watch’s legibility, precision, and exterior remained unscathed, continuing to strengthen its credibility.

Proving its significant impermeability.
For saturation diver’s watches, helium is a constant issue. The gas penetrates the glass, and in some cases the difference in external and internal air pressure causes the glass cover to break. While other companies focus on methods to release Helium with an escape valve, Seiko took a different turn and developed a glass case that is practically impermeable to Helium gas. This is the creation of Seiko’s Diver’s Professional 600M. In 1983, JAMSTEC conducted an impermeability test by submersing several diver’s watches under 300M saturation diving. Seiko’s Diver’s Professional 600M proved to be up to ten times more impermeable to Helium gas compared to other companies. The true diver’s watch continues to prove itself.

Behind Seiko’s diver’s watch that has been chosen by divers world wide, there are qualified engineers who work to developed technology that the world has never seen.
Through significant innovation, water resistance and impermeability has proven to be the finest in world class. Along with functionality, using specialized material and precise detail in structure, the timepiece is made to perfection. Seiko’s determination and innovative technology resulted in many patents to preserve the company’s authenticity.

A dial with significant legibility.
To assure legibility in any circumstance, Seiko developed its own dial design.

The L-shape gasket that achieved world-class impermeability.
Developing material specifically for the packing resulted to this achievement.

4 The true Diver's watch
Seiko's technology innovation that achieved a standard for all diver’s watches.

There are countless products labeled as a diver’s watch around the world but only a negligible number of these timepieces are functional in professional environments.

What is a true diver’s watch?
From the introduction in 1965 as Japan’s first diver’s watch, the engineers never stopped to innovate. The trust this watch has gained goes beyond the borders of Japan and into the world. As a result, Seiko facilitated the establishment of the standard for diver’s watches in International Standard Organization (ISO), and Japan Industrial Standards (JIS). As for the ISO, Seiko lobbied the organization to amend the standard to match the actual use of diver’s watches in the deep sea. In 1996, ISO6425 with annex, about diver’s watches for mixed gas diving, was issued.
Seiko’s relentless challenge and innovation have driven the company to create a model that could truly be called authentic.

At Lucas Divestore, we have a large range of Seiko PROSPEX watches. Do you need help choosing the perfec one for you? Our colleagues are ready to help. Contact us or visit our store.