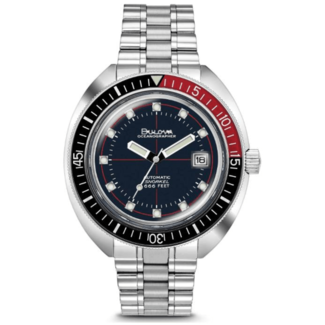 Bulova Corporation designs and manufactures watches and clocks. It offers desk clocks, pocket watches, crafted diamond watches, and watches for sports, casual, professional, and dress categories, as well as wall clocks and wrist watches. The company sells its products through a network of dealers and retailers in the United States and internationally. Bulova Corporation was formerly known as Bulova Watch Company, Inc. and changed its name to Bulova Corporation in June 1988. The company was founded in 1875 and is based in Woodside, New York with additional offices in Switzerland, Canada, Mexico, and the Far East, as well as repair centers internationally. As of January 10, 2008, Bulova Corporation operates as a subsidiary of Citizen Holdings Co., Ltd.