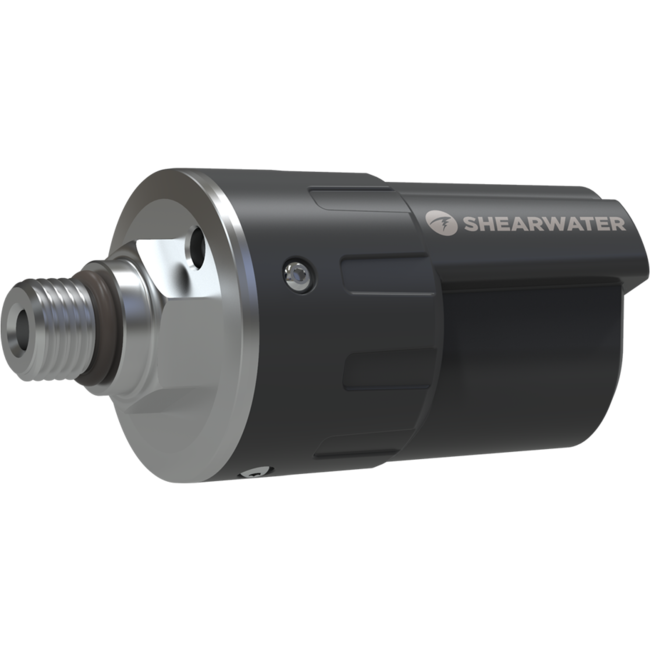 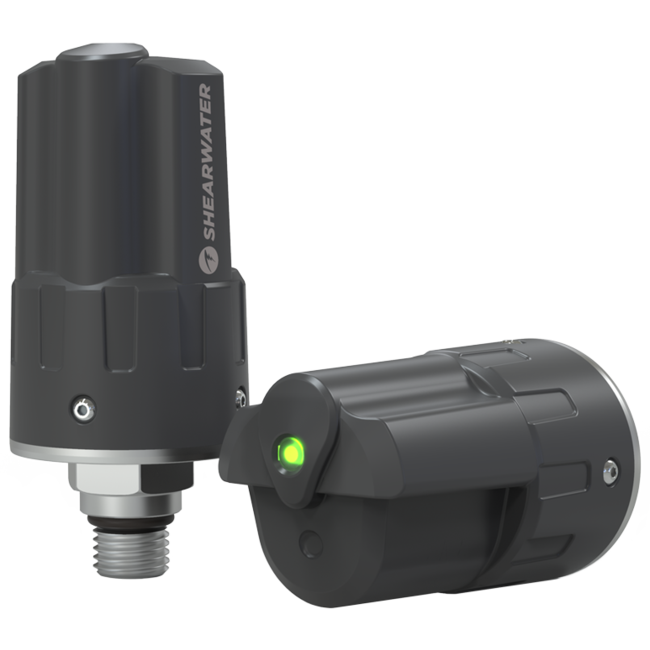 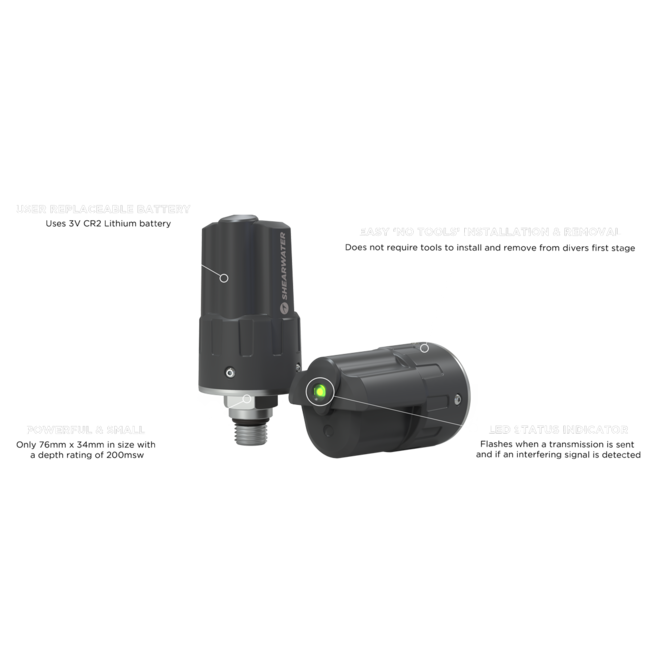 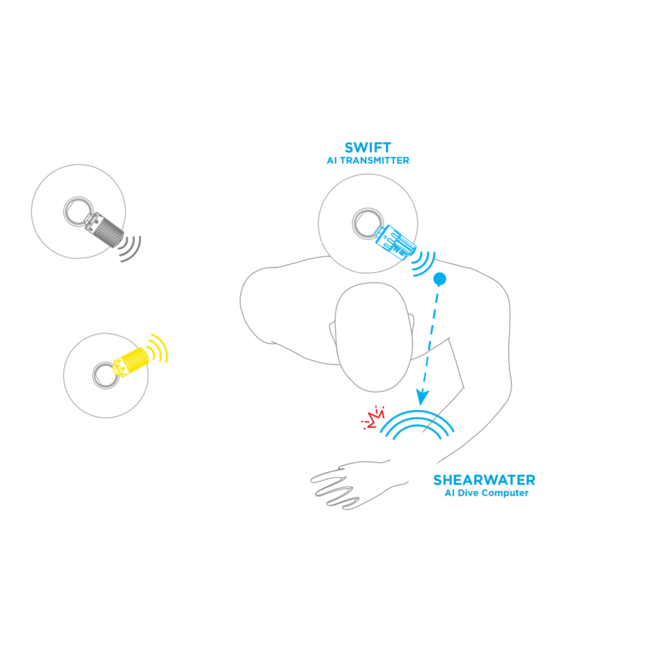 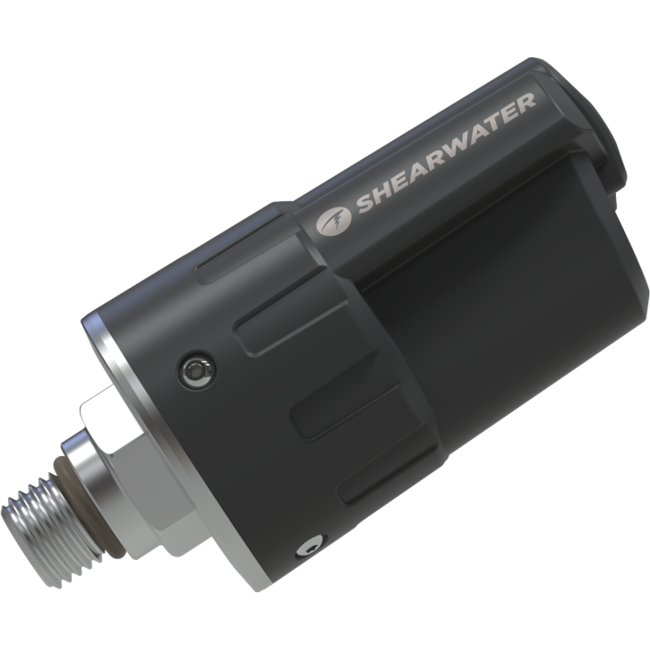 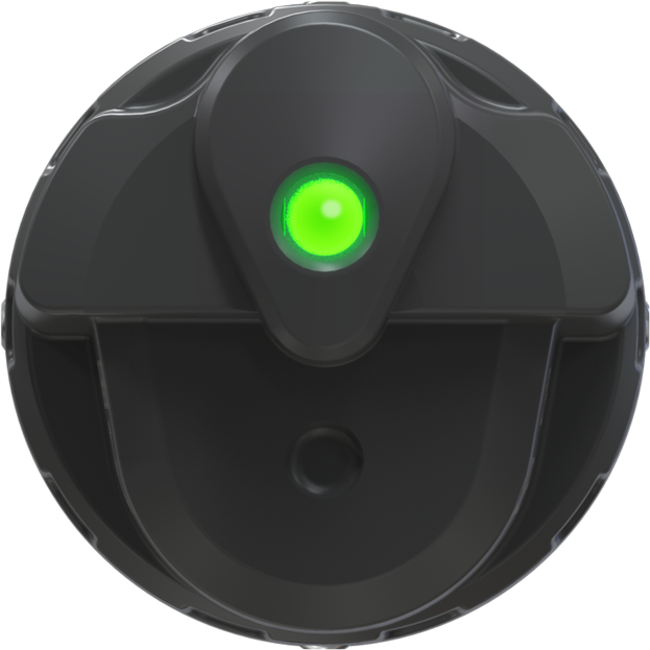 The Swift was designed with the use of multiple transmitters in mind. It “listens” for other transmitters in the vicinity, and dynamically changes its transmit interval to avoid interference.

4-transmitter support has been added in a recent free firmware update to all Shearwater AI compatible computers. This new feature allows the gas pressure of up to 4 cylinders to be viewed simultaneously.

The Swift has many improvements over legacy Shearwater transmitters: 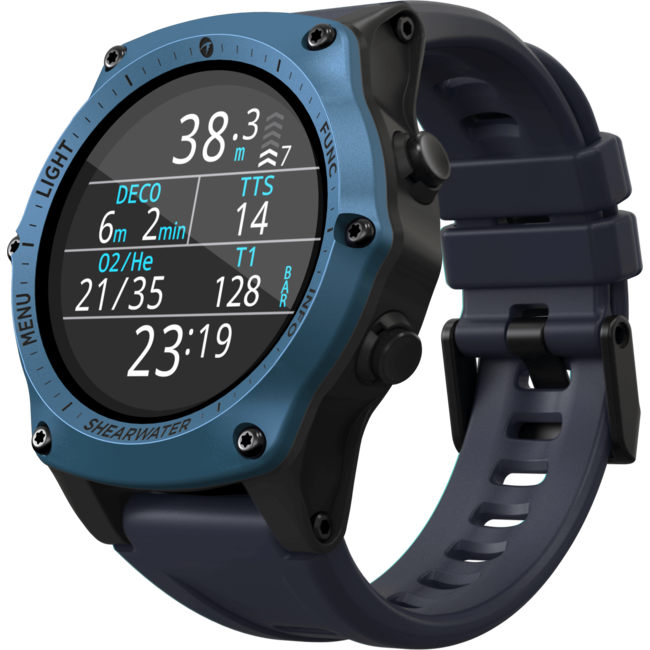 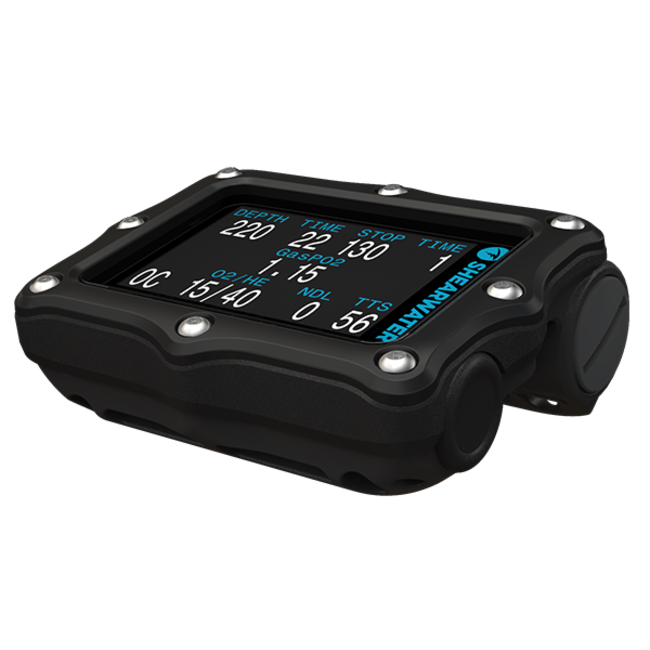 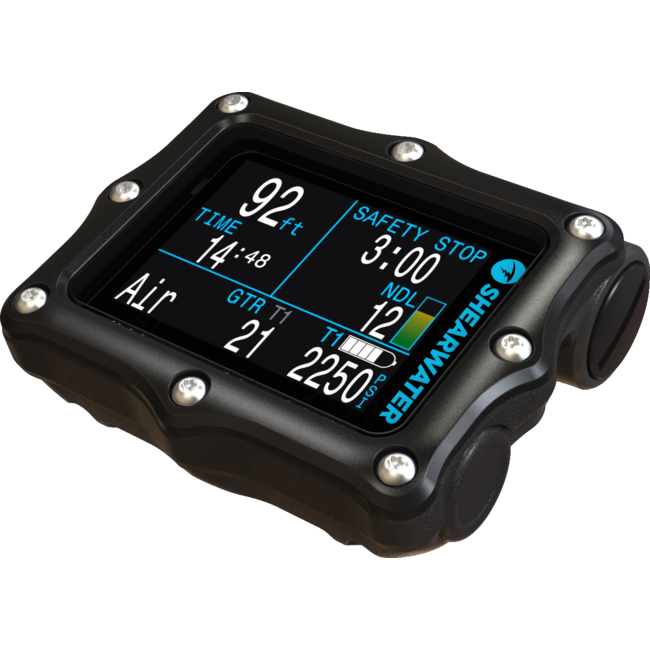 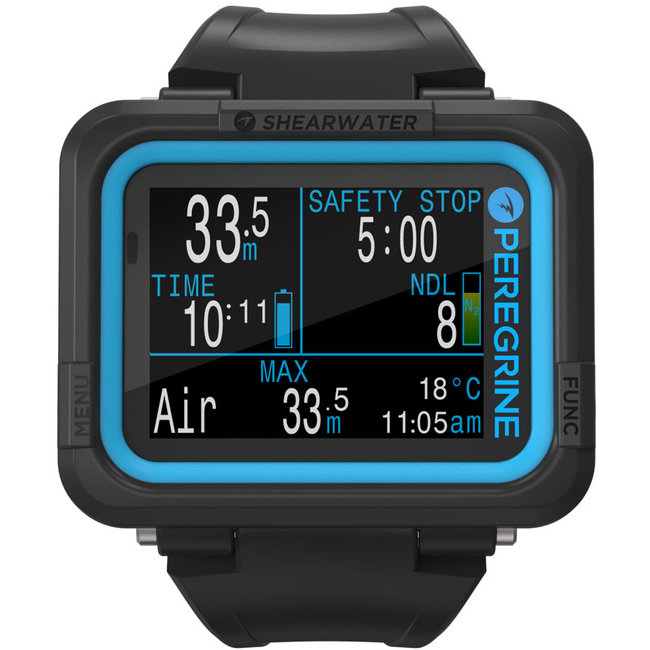 Embark on your adventure into diving with Shearwater. The Peregrine is a simple ..
€475,00 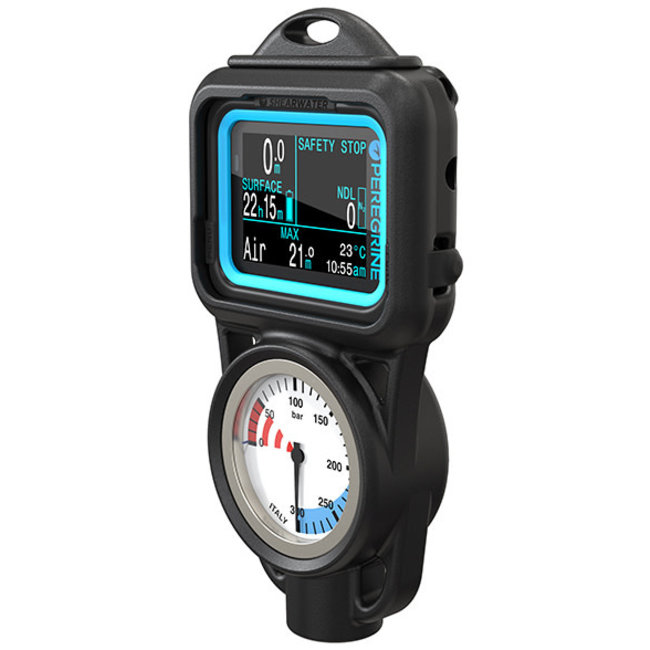 The Shearwater PEREGRINE™ Console 2 is a modular design that incorporates the ..
€563,00 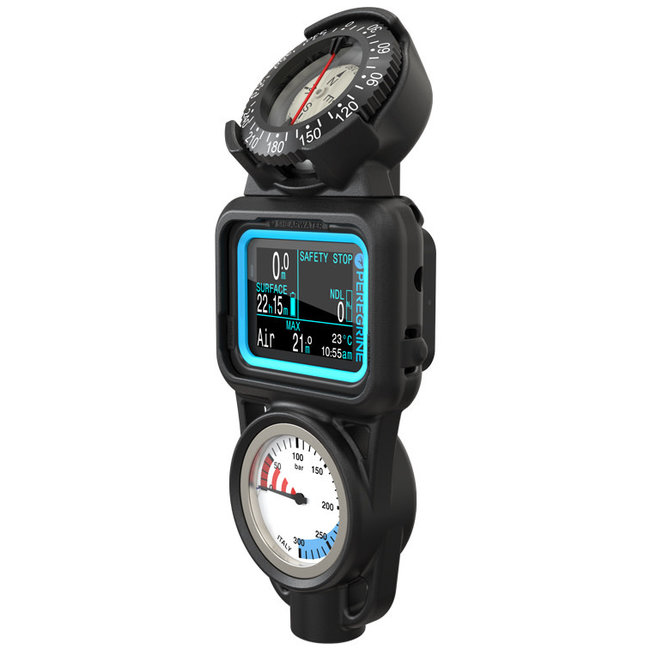 The Shearwater PEREGRINE™ Console 3 is a modular design that incorporates the ..
€703,00 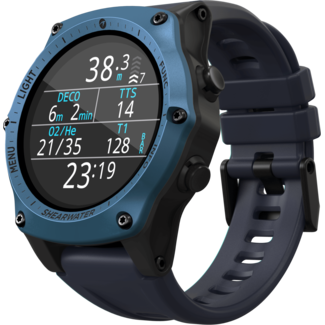 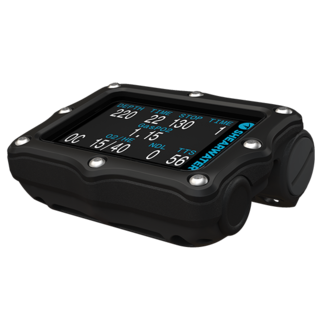 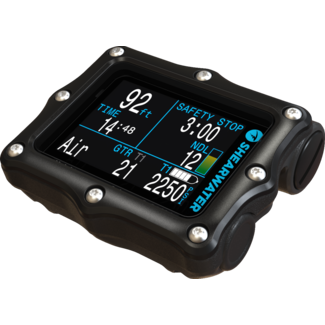 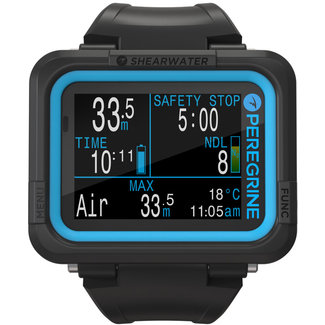