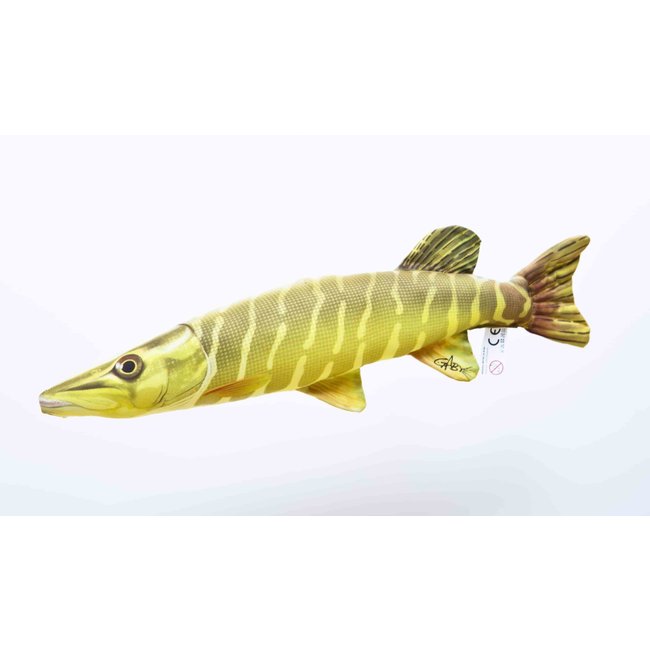 Realistic pike pillow made of anti-allergenic polytesters that is fully recyclable. Read more..

Realistic pike pillow made of anti-allergenic polytesters that is fully recyclable.

The Northern Pike is a species of carnivorous fish of the genus Esox (the pike family, along with musky and North American pickerel). It inhabits almost every freshwater in the world and some coastal areas of seas. It exhibits the typical features  of an ambush predator;  a long body shape and camouflage colouring. The Pike feeds mainly on fish and small aquatic animals and birds. It is very sporting and highly sought after fish knows for its extravagant lunges and jumps. It is, nonetheless, a very sensitive species and reacts negatively to changes in the environment.

Realistic pike pillow made of anti-allergenic polytesters that is fully recyclable.